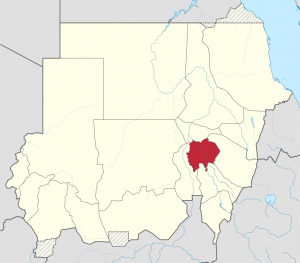 Suspected Muslim extremists set fire to the Sudanese Church of Christ (SCOC) building in the rural Tambul area of Al Jazirah, Al Jazirah state southeast of Khartoum, on Jan. 3, said the Rev. Kuwa Shamal, head of mission for the SCOC.

Hate messages against Christians circulated on social media in the area in the weeks leading up to the arson, according to local church leaders. Jubrial Tutu, pastor of the SCOC church in Tambul, described the arson as direct persecution of Christians.

Pastor Shamal said Sunday worshipers at the SCOC church had left the building a few minutes before the arson attack. Serving congregations of various denominations, the building was the only worship hall in the Tambul area, he said.

“They targeted the church because they do not want to see any sign of the cross in the area,” Pastor Shamal told Morning Star News.

Several social media posts have urged Muslims in Sudan to resist any church officials’ attempts to obtain approval for land for church buildings.

“In every city or village where Muslims live, they should not allow anything that belongs to infidels such as church buildings to be there,” one commentator posted in January.

Another urged Muslims in Tambul to prohibit the existence of another church building.

“When you build a church in Tambul…do you want the area to be a disgraced place?” he wrote.

The burning of the church in Tambul marks the ninth time a Christian worship hall has been set ablaze since 2019, according to Demas Mragan, a Christian rights and aid advocate in Khartoum.

Muslim extremists who burned down a church’s worship places in Omdurman five times since January 2019 threatened to kill congregation members if they put up another temporary structure to continue worshipping, sources said. In December police arrested nine of the 14 radical Muslims who burned down the temporary worship structures SCOC in the Dar El-Salam area of Omdurman, across the Nile River from Khartoum, said the attorney representing the Christians.

When police refused to file a case, the church hired the attorney whose court actions resulted in police registering the case earlier this month and arresting the nine suspects.

While a new transitional government has promoted religious rights following the deposing of former President Omar al-Bashir in 2019, Christians in Sudan are still facing challenges when they try to obtain land for new church buildings, rights advocate Mragan said. Hard-line Muslims are pressuring officials to keep Christians from obtaining land for churches in predominantly Muslim areas, he said.

Mragan said Christians who hoped for equal treatment from the new government have been disappointed as officials still favor Muslims.

“The government just wanted to get its name removed from the list of countries that violate religious freedoms,” he said.

In light of advances in religious freedom since Bashir was ousted in April 2019, the U.S. State Department announced on Dec. 20, 2019 that Sudan had been removed from the list of Countries of Particular Concern (CPC) that engage in or tolerate “systematic, ongoing and egregious violations of religious freedom” and was upgraded to a watch list. Sudan had been designated a CPC by the U.S. State Department since 1999.

The transitional government sworn in on Sept. 8, 2019 led by Prime Minister Abdalla Hamdok, an economist, has been tasked with governing during a transition period of 39 months. It faces the challenges of rooting out longstanding corruption and an Islamist “deep state” rooted in Bashir’s 30 years of power.

Following the secession of South Sudan in 2011, Bashir had vowed to adopt a stricter version of sharia (Islamic law) and recognize only Islamic culture and the Arabic language. Church leaders said Sudanese authorities demolished or confiscated churches and limited Christian literature on the pretext that most Christians have left the country following South Sudan’s secession.

Sudan ranked 13th on Christian support organization Open Doors’ 2021 World Watch List of the countries where it is most difficult to be a Christian.