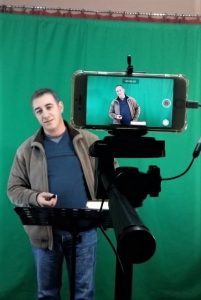 TIZI-OUZOU, Algeria (Morning Star News) – A court in Algeria has convicted and sentenced in absentia a pastor and another Christian to two years in prison and a heavy fine, accusing them of “shaking the faith” of Muslims with Christian literature at their bookstore, sources said.

Pastor Rachid Seighir and Nouh Hamimi learned by a written notification slipped under the door of their church building in Oran, a coastal city 268 miles west of Algiers, that they had been sentenced to prison and fined 500,000 Algerian dinars (US$3,745).

The pastor was the manager of the now-closed bookstore, where Hamimi worked as a salesman. The judgment reads that they are condemned for “distributing publications or any other propaganda undermining the faith of a Muslim.”

Pastor Seighir of Oratoire Church in Oran said the conviction was mere retaliation in a conflict over the bookstore going back to 2008, when he was convicted of the same charges and acquitted on appeal. The governor of Oran ordered the bookshop closed in 2017, but in April 2018, a court ruled the closure order was invalid due to procedural problems – though authorities continued to keep the bookshop closed, he said.

“This case is the logical continuation of the three judgments in our case that we have won against the wali [governor] of Oran,” Pastor Seighir told Morning Star News. “On April 12, 2018, the order was issued by judgment for the closure ordered by the wali to be effectively canceled. Unfortunately, the wali resisted and refused to comply.”

The church on May 26, 2019 won another legal fight to unseal the bookstore, but the governor again refused to obey the order, and it remained closed, he said.

“Continuing our fight, we asked the administrative court to intervene,” Pastor Seighir said. “Here too we were successful, and the judgment arrived on October 13, 2019 ordering the removal of the seals and the reopening of the bookstore, with financial compensation of 500,000 dinars [US$3,745]. Unfortunately, the wali did not comply with the order of justice, and the bookstore remained closed. Four years of closure.”

The Christians have appealed their conviction and sentence, he said.

Algeria’s 2006 law regulating non-Muslim worship, known as Law 03/06, criminalizes the publishing or distributing of any materials “which aim to undermine the faith of a Muslim.” Punishment can range from two to five years in prison and fines of 500,000 to 1 million Algerian dinars (US$3,745 to US$7,490).

The verdict against Pastor Seighir and Hamimi comes less than two months after a Christian who had received and reposted a cartoon of the prophet of Islam on his Facebook account three years ago was sentenced to five years in prison and fined 100,000 dinars (US$750) under an Algerian law against insulting Muhammad.

Algeria ranked 24th on Christian support organization Open Doors’ 2021 World Watch List of the countries where it is most difficult to be a Christian, up from 42nd place in 2018.