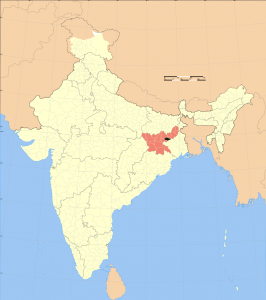 HYDERABAD, India (Morning Star News) – A Christian family in eastern India has been confined to their home for months amid police threats to jail them for “breach of peace” after tribal mob assaults for leaving their native religion, sources said.

The mob of tribal followers of native religion gathered police and news media to accompany them when they beat Christians in Jharkhand state’s Khala village, Garhwa District, earlier this year, said one of the attacked Christians, Asha Korwa, a mother of two young children.

“The mob brought with them the village president, media and police officers,” said Korwa, whose children, ages 3 and 6, were beaten on Jan. 31 along with her and her husband. “As the media clicked our pictures and videotaped the attack, the police watched as mere spectators. They did not stop the assailants or the media.”

After the midnight attack by a large mob of tribal animists, Garhwa police ordered the Christian family not to leave the village, she said.

“Police officers at Garhwa police station summoned my husband to the police station and told him that he has been held responsible for the breach of peace and public tranquillity under Section 107 of the Criminal Procedure Code,” Korwa told Morning Star News. “They told him that nobody from my family will step out of the village and that, if necessary, they would take our entire family into custody.”

Police harassed them the following days, she added.

“The first 10 days of February, we could not breathe in our own home,” Korwa said. “The police officers were stopping by to enquire if we have committed a breach of peace. They would go to our neighbors to take their report as to whether we behaved well.”

The tribal animists first attacked on Jan. 22, holding her husband, Sukender Korwa, by his shirt and striking his back as they ordered them to stop Christian worship in their home, she said.

“Our house is very close to the main road, and they get annoyed by even the slightest of the noises that can be heard when we praise and worship,” she said. “On the day of the first attack on Jan. 22, a batch of strongmen from the community stormed into our home and started badgering us, ‘Why are you shouting hallelujah? How dare you worship a foreign god!’”

After beating Sukender Korwa, the assailants left after threatening that they would chase down and kill the family if they ever heard Christian worship from their home again, she said.

When a larger mob arrived the following week and began beating all family members, Asha Korwa asked them why they had returned.

“I asked them that they have warned us and gone away just few days ago, so why did they return to attack us again?” she said. “What mistake have we done that they were beating my small children?”

The next morning, local newspapers and news channels carried stories that some members of the community had accepted a new faith, she said.

“In less than 24 hours, the videos and photographs got circulated across the state,” Korwa said. “We did not kill anyone, we did not steal anybody’s money, and we did not cheat anyone. Yet we have been in the spotlight only because we have put faith in Christ. They have projected us as criminals.”

Garhwa police did not respond to Morning Star News efforts to contact them.

The ethnic Korwa villagers had officially ostracized the family, forbidding them to socialize or share food with others in the community, after they were baptized the first week of January, Asha Korwa said.

“The Korwa leaders issued warnings that nobody will be given in marriage or accepted into Korwa community from Christians,” she told Morning Star News. “The entire community was fuming in anger, and we feared that they would attack us. Once the leaders of the community expel a member, they have to face the wrath of every other person.”

The village leaders also announced that anyone caught attending Christian worship or socializing with the Christians would receive 51 blows from a lathi, a bamboo club bound with iron, must do 100 sit-ups (a traditional punishment) and be fined 25,000 rupees (US$330).

A local woman who had joined the family for worship on Jan. 31 was punished with lathi blows, sit-ups and a fine, Korwa said.

“At least 40 members of the Korwa community have come to Christ, but we could not gather for prayers even during Holy Week,” Korwa said. “We are worshipping secretly in homes.”

The Korwa tribe, known for hunting and agriculture, lives in virtual isolation in the forests of eastern and northern India.

“We do not know for how long this will continue,” Asha Korwa said. “We must share the gospel among our Korwa community members. They also should know and experience the love of Christ.”

The Jharkhand coordinator for legal advocacy group Alliance Defending Freedom India assured the family of legal assistance. He is in constant contact with the family, telling them to inform him immediately of any signs of further attacks, he said.

Christian families in the village requested prayer for freedom to fellowship and share about Christ with their neighbors and relatives.

India ranked 10th on Christian support organization Open Doors’ 2021 World Watch List of the countries where it is most difficult to be a Christian, as it was in 2020. The country was 31st in 2013, but its position worsened after Modi came to power